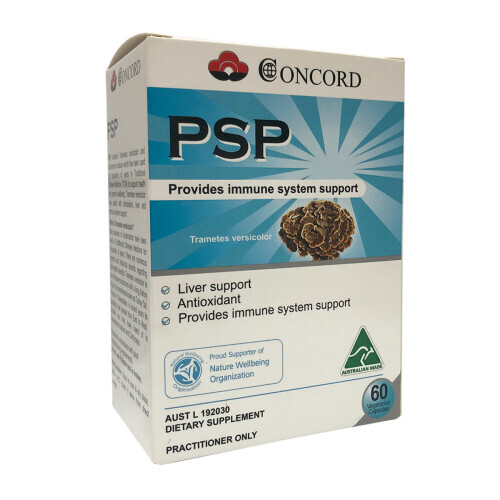 PSP contains Trametes versicolor and Ganoderma lucidum spores, it has been used for thousands of years in Traditional Chinese Medicine (TCM) to support health and general wellbeing. Trametes versicolor may assist with antioxidant benefits as well as liver and immune system support.

What is Trametes Versicolor?
Many species of mushrooms have been used in Traditional Chinese Medicine for thousands of years. There are numerous legends and historical records regarding their health benefits. Trametes versicolor is one of these mushrooms with a long history of use. It is sometimes known as Turkey Tail. Yunzhi or Kawaratake. In recent years its popularity has spread from East to West. Other mushrooms include Ganoderma lucidum and Cordyceps.

Not to be used in children under 2 years of age. If coughing or other symptoms persist consult your healthcare practitioner.

Your cart is currently empty